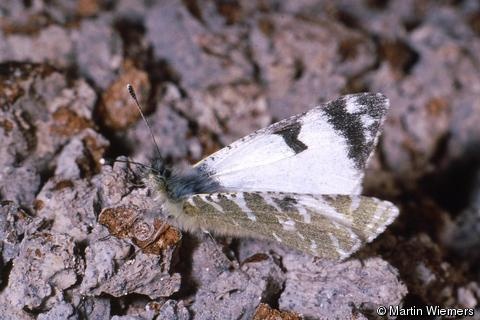 This species is listed as Least Concern, since it has not been declining by more than 25% in the last ten years and its population size is probably larger than 10,000 adult individuals.

Restricted to the Canary Island of Fuerteventura. This is a European endemic species.

The Canary Green-striped White occurs in places that have been abandoned after cultivation. The larval foodplant, Sisymbrium erysomoides, must be available in sufficient quantity. It has two generations a year (Tolman and Lewington 2008). Detailed habitat descriptions are not available.

Although this is a European endemic with a restricted range, this species is not believed to face major threats at the European level.

More research on the ecological requirements is needed. As far as is known now, no specific conservation actions are needed at a European level. But since it has a restricted global range, its distribution and trend should be monitored closely, for example by a Butterfly Monitoring Scheme.