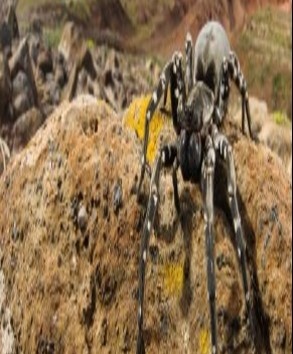 He is also a PhD student at the University of Madeira (Portugal), conducting an integrative study on spatial and temporal dynamics of the Madeiran land snails, with the purpose of evaluating the species response to climate and habitat shifting and the implications on their conservation.

He has great red listing experience, attending two workshops at Bragança (2012) and Lisboa (2015), provided by IUCN (Mary Seddon, Pedro Cardoso and Axel Hochkirch) where he learnt Red Listing. Dinarte was recently involved on the European terrestrial mollusc assessment (LIFE PRE BE 001 - European Red Lists), as one of the assessors, completing the assessment and distribution maps for 52 selected terrestrial molluscs species, 34 of those as the primary/author or co-author. He also participated in the assessment workshop in Uppsala (Sweden, 2016).

In addition Dinarte with support from Vicky Wilkins, Klaus Groh, Robert Cameron, Mary Seddon, Pedro Cardoso and Mark Bushell) has submitted a project application to the Mohammed Bin Zayed Conservation Fund, on the June call. The project is called " Ecology and Conservation of the endangered Moniz' Ground Snail Geomitra moniziana".

Over a hundred insect species from the Portuguese islands of the Azores have been assessed for the IUCN Red List, and 74% of these are threatened with extinction. Habitat degradation exacerbated by invasive plant species, land use change and a drying climate are the main threats. All 12 assessed species of Ironclad Beetles Tarphius spp. are considered threatened with extinction. These beetles rely on decomposing wood, mosses and fern cover for survival, but the Kahili Ginger Hedychium gardnerianum, a plant introduced from the Himalayas, is slowly replacing native plant species. The Terceira Island Ironclad Beetle Tarphius relictus has been particularly affected by this change and is now limited to a range of less than one hectare. The recent establishment of a protected area by the Azorean Government, based on the draft assessment of the Ironclad Beetle, provides some hope for the future of this species.

“Beetles are key components of ecosystems, fulfilling critical functions such as predation and pollination,” says Axel Hochkirch, Chair of the IUCN SSC Invertebrate Conservation Sub-Committee. “Small changes in habitats have great impacts on invertebrates and species endemic to islands are particularly threatened.”

There is a newly published conservation plan for the iconic madeiran spider Desertas wolf spider Hogna ingen. This seven year plan was a collaboration between the Spider and Scorpion Specialist Group, Bristol Zoo, WildCRU, Inistitute for Forests and Conservation of Nature and the University of Madeira. The spider has been red list assessed as Critically Endangered and is known from only one valley on the Deserta Grande Island. The biggest threat for the species is the Phalaris sp. grasses that dominate the valley, and displace native plants and the spider’s original habitat of patchy forest and scrub with native grasses. The vision is that ‘The Island of Desertas Grande supports a viable population of the Desertas wolf spider, living in suitable habitat of native plants across the entire Castanheira Valley, with conservation measures based on good research and with strong public awareness and support making it one of the symbols of nature conservation in Madeira. Goals for the plan include: in-situ conservation to reduce the density of Phalaris; ex-situ conservation to maintain a second population, research to analyse the genetic structure of the population, its habitat preferences and climate change consequences; and public outreach. This excellent plan will guide partners on achieving goals that will secure the future of the spider.

How many endemic species of arthropods are in Canary islands archipelago?

There are about 2898 arthropod species and subespecies endemic to Canary islands. See also http://sea-entomologia.org/IDE@/revista_4.pdf

How can you help?

Find out how you can help the Global Trees Campaign